I’ve created this small study of sunlight, from my current series, for the 2012 Twitter Art Exhibit organized by David Sandum. It will raise funds for a women’s refuge center, and will be held at the Moss Public library. Last year, I also participated in this exhibit, which raised funds for the library.

This is called “Sunlight” and is watercolor, inks, graphite and pastel on watercolor paper. 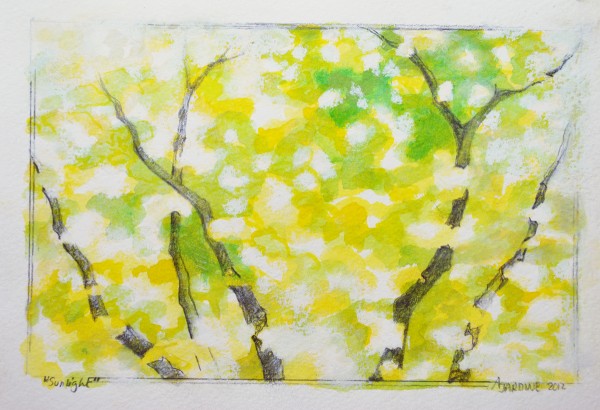